How to play Tiny Colony?

Tiny Colony is a blockchain-based simulation, management and construction Play-To-Earn game that invites us to be part of an ant colony that must fight for its survival in its own metaverse.

In Tiny Colony, players must grow their ant colony, b against dark forces roaming underground, challenge other colonies in PvP game modes or form alliances and trade with other players.

In addition, those who want to delve deeper into the Tiny Colony metaverse will be able to access community events such as Community Quests, Battle Arenas, Gladiator Fights, Tiny Wars, Tiny Slots and many more, all for access to greater real rewards.

Tiny Colony allows players to start building and managing their colony without the need for NFT assets. This is all thanks to the basic simulator elements of building and management through the Training Grounds mode, a first step in learning how your metaverse works.

While those who want to fully immerse themselves in the NFT possibilities of Tiny Colony have a wealth of NFT assets available to maximize their experience and take part in community events in their metaverse.

Tiny Colony offers a good number of game modes, both PvE and PvP, a great variety of modes that will allow its players to obtain great rewards through their hours of play in said metaverse. The main game modes of Tiny Colony are:

What types of NFTs does Tiny Colony offer?

Tiny Colony offers a wide variety of NFT types; some of the most common are:

Enter the metaverse of Tiny Colony and create your own colony to expand and earn great rewards. Engage in combat, trade with other players, create alliances and earn loot with real money through NFT element management.

Click Play to see the videoguide for Tiny Colony

There are no gameplays yet

🕹️ Which games are similar to Tiny Colony?

❤️ Which are the latest Action Games similar to Tiny Colony?

🔥 Which are the most played games like Tiny Colony? 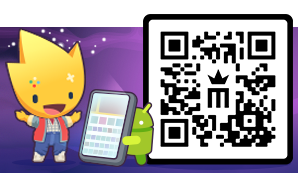